The Text is Right (Response 2)

The following is part 2 of a response to a local newspaper blog.  Part 1 can be found HERE.

The original article that prompted the response can be found HERE. 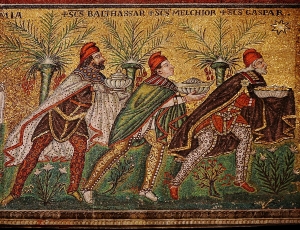 The Wisest of the Wise…but ignorant of basic geography…?

First, in regards to the wise men (Magi) seeing a star “in the east,” (Matthew 2:2) many scholars and translators have translated this phrase “at its rising,” with the phrase “in the east” a reference to astronomy, not geography. In other words, the Magi had seen the star when it first appeared. In Matthew 2:1 the Greek word “anatolai” in the plural form usually refers to the rising of the sun, and can indeed refer to the direction of the east. However, in Matthew 2:2 (and 2:9), the word is singular, and usually refers to the rising of a star. No, the magi were not directionally challenged! It is also important to remember that the Magi were looking for the King of the Jews, and that the star is actually moving before them to Bethlehem, after which they actually worship the Christ-child, the Second Person of the Trinity in the flesh. The Magi knew who they were looking for and where to go to find Him.

Josephus doesn’t mention this, so therefore it isn’t true?

Considering the “Slaughter of the Innocents,” (Matthew 2:16-18), it is not really that odd that the historian Josephus doesn’t mention this. Given that the total amount of children that fit the bill in 1st century Bethlehem (males under two) is likely a couple dozen at most (although certainly enough), it is not a surprise that Josephus would not report something that was “trivial” by Herod’s standards. The silence of Josephus says nothing about the truth or falsity of the event. Given the general historical reliability of the gospels, and what is known about Herod, the Slaughter of the Innocents is perfectly feasible, and one could even say likely. Of course the gospel authors DO count as historical sources, something often forgotten.

Next, the Apostle John’s gospel, while not mentioning the virgin birth in explicit terms like the narratives of Luke and Matthew, DOES contain one of the highest statements about the person of Christ in all of Holy Scripture, in which Christ is considered fully God as the Word that created all things taking on flesh (John 1:1-4, 14). In other words, He is not of human (or pagan ‘gods’) origin. That Nathanael seems to be ignorant of the Virgin Birth, or Christ in general in John 1:46, is hardly surprising since he hasn’t met Christ yet! The whole point of the surrounding passage is to demonstrate that Christ’s divine knowledge causes Nathanael to become a disciple and worship Him. How this impacts the infancy narratives in Matthew and Luke is hard to determine.

It is rather strange to claim silence about the Virgin Birth in John’s gospel, in which Christ is so clearly presented as God (including famous I AM statements, which no Jew would have missed), somehow means we should doubt the Virgin Birth. The passages usually brought to bear on this, such as the crowd disagreeing about Jesus’ origin in 7:40-52, only indicate that the crowd was disagreeing. The passage demonstrates the uproar that Jesus’ ministry was creating, and to say “no one answered the crowd” as if that means John or the other disciples were ignorant of the Virgin Birth is reading far too much into the text. John is reporting the events, not answering every critic walking around Judea. 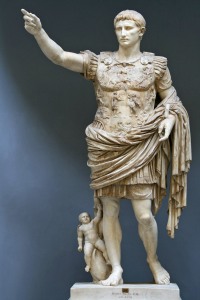 Finally, the historical veracity of the census reported by Luke is disputed. That Caesar Augustus was famous for his census taking is not really disputed among scholars. What seems to be questioned is whether or not a census took place in 4-6 B.C in the area of Palestine. Let’s look at one possible answer to this, bearing in mind that there are more which are perfectly compatible with Luke’s gospel. One important fact to consider is how long some of these censuses took to complete. It took around 40 years for the Romans to complete a census of Gaul, a province relatively next door. Josephus mentions a census in A.D. 6. If it took the Romans 40 years to complete one nearby province, finishing up around 10 years after the initial call in a province 1500 miles away is understandable. So, one solution is that Josephus is reporting the end of the census that started around the birth of Christ. And contrary to some skeptical thinking, we DO have records of censuses requiring people to go back to their homelands, including a 1st century census in Egypt, and also records that women and children were also registered (See historian Dr. Paul Maier’s book, “In the Fullness of Time” for more on this evidence). Luke’s census is perfectly legitimate.

As much as we moderns/post-moderns would like the gospel writers to arrange their material in a scientific and systematic manner and answer every minute objection with footnotes, the gospels thankfully resist such piecemeal attacks on Christ’s integrity, and refuse to bow to those who self-congratulate themselves as “enlightened.” Whether it is obsessing over the tiniest of details or blurring the difference Christianity has over other religions, missing the salvation offered by the God-man, Jesus Christ, is the most tragic mistake of all. 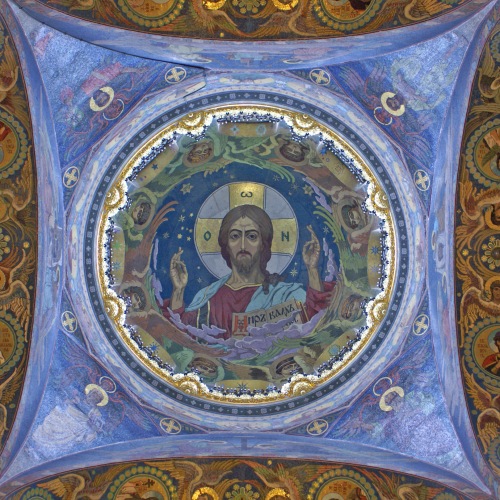 HE took on flesh…thanks be to God!

In the Fullness of Time: A Historian Looks at Christmas, Easter, and the Early Church

Extended Discussion on the Issues involving the Census found in Luke

By hayesworldview in Uncategorized on 12/30/2013.
← No Parallel (Response 1) How to Not Write About Biblical Morality →