Home » Uncategorized » The Fathers and the Cross

The Fathers and the Cross

I have supplied some beautiful thoughts about what Christ accomplished on the Cross from the classical church fathers. Some are quite beautiful and poetic when meditated upon:

“When the sun saw its master being dishonored, it shuddered and ceased to shine…This Golgotha, sacred above all such places, bears witness by its very look.  The most holy Sepulchre bears witness, and the stone that lies there to this day.  The sun now shining bears witness, that failed during the hour of his saving passion.” Cyril of Jerusalem, Catechetical Lectures, 4.10; 10.19)

“Many indeed are the miracles of that time; God crucified; the sun darkened and again rekindled…the veil rent; the Blood and Water shed from His Side; the one as from a man, the other as above man; the rocks rent for the Rock’s sake; the dead raised for a pledge of the final Resurrection of all men; the Signs at the Sepulchre and after the Sepulchre, which none can worthily celebrate; and yet none of these equal to the Miracle of my salvation.  A few drops of Blood recreated the whole world, and become to all men what churning is to milk, drawing us together and compressing us…” Gregory the Theologian, Oration 45.29.

“Make this sign (of the cross) as you eat and drink, when you sit down, when you go to bed, when you get up again, while you are talking, while you are walking; in brief, at your every undertaking.” Cyril of Jerusalem, Catechetical Lectures, 4.14

“He came Himself to bear the curse laid upon us.  How else could he have ‘become a curse,’ unless he received the death set for a curse? And that is the Cross  It is only on the cross that a man dies with his hands spread out (taking in all humanity)” Athanasius, On the Incarnation of the Word, 24.

“The man Christ Jesus, though in the form of God He received sacrifice together with the Father with whom He is one God, yet in the form of a servant, He chose rather to be than to receive a sacrifice, that not even by this instance any one might have occasion to suppose that sacrifice should be rendered to any creature.  Thus He is both the Priest who offers and the Sacrifice offered.” (Augustine, City of God,10.20).

“…the four arms (of the cross) converge in the middle…the one who binds all things to himself and makes them one.  Through him the things above are united with those below, and the things at one extremity with those at the other.  In consequence it was right that we should not be brought to a knowledge of the Godhead by hearing alone; but that sight too should be our teacher.” Gregory of Nyssa, Address on Religious Instruction, 32

“(Jesus) died according to the assumption of our nature, and did not die according to the substance of eternal life…He himself, by a kind of new operation, though dead, opened the tombs of the dead, and indeed his body lay in the tomb, yet He himself was free among the dead.” Ambrose, Incarnation of Our Lord, 5.37).

And finally, by Jesus’ death on the Cross:

“death has been brought low, the sin of our first parent destroyed, hell plundered, resurrection bestowed, the power given us to scorn the things of this world and even death itself, the road back to the former blssedness made smooth, the gates of paradise opened, our nature seated at the right hand of God, and we made children and heirs of God.  By the cross all things have been set aright…It is a raising up for those who life fallen, a support for those who stand, a staff for the infirm, a crook for the shepherded, a guide for the wandering, a perfecting of the advanced, salvation for soul and body, and averter of all evils, a cause of all good things, a destruction of sin, a plant of resurrection, and a tree of eternal life. (John of Damascus, An Exact Exposition of the Orthodox Faith, 4.11). 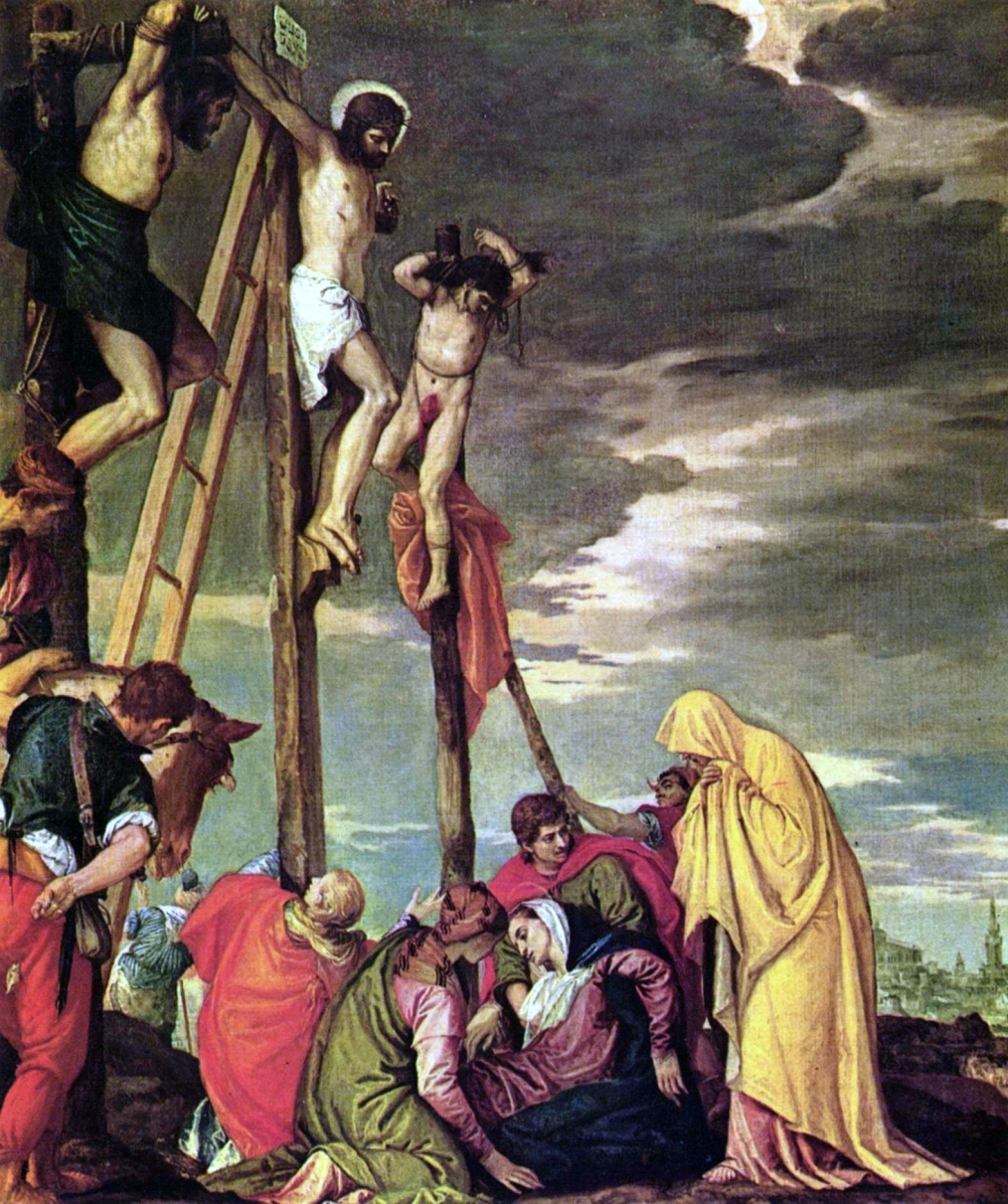